Buy extremely World Strongest Magnets – As a matter of fact, the neodymium magnets that we sell are currently the strongest permanent magnets on the market.
Talking about “magnet strength”, this means two things:
1. The attractive force or the magnetic field strength
2. The power of resistance to the destruction of magnetisation 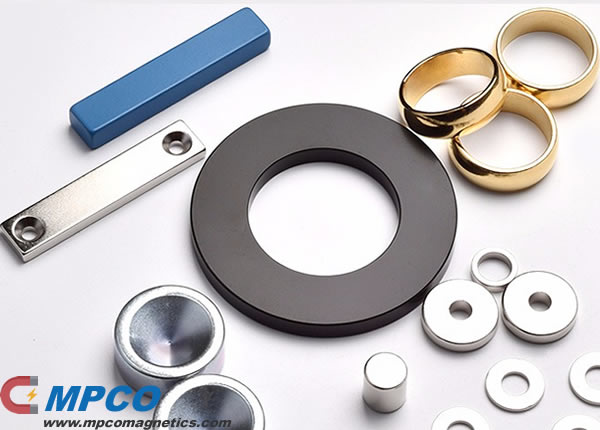 2. Resistance to loss of magnetisation
There are permanent magnets that can have just as much attractive force as our neodymium super magnets. Those are referred to as AlNiCo magnets (we have a few of them in our assortment). However, they have one critical disadvantage to our super magnets:
An extremely strong magnetic field, e.g. a large neodymium super magnet, can weaken or annihilate the magnetisation of an AlNiCo magnet and even switch its north and south pole. The super magnet is much more resistant to an “interfering field” than an AlNiCo magnet. Technically speaking, the super magnet has a much higher coercive field.
Maximum energy product (BH)max
The attributes “attractive force” and “power of resistance” are usually combined in the physical value “maximum energy product” (BH)max (see physical magnet data).
According to the current state of the art, the grade 52 corresponds to the largest possible maximum energy product of a permanent magnet:
(BH)max
Maximum achieved today for all permanent magnets: approx. 59 MGOe (sintered NdFeB)
Estimated technical limit for neodymium magnets: 500 kJ/m³ (63 MGOe)
for all permanent magnets: approx. 720 kJ/m³ (90 MGOe)
Estimated theoretical limit for all permanent magnets: 960 kJ/m³ (120 MGOe)
We carry several neodymium magnets with the very high magnetisation N52. They have a significantly higher adhesive force than same-size magnets with a standard N42 magnetisation.

Other important factors
The power is not only determined by the magnetic material used; equally important are the following factors:
Volume of the magnet
Form of the magnet
Proportions of the magnet (e.g. the ratio of the diameter to the height of a disc magnet)
Combination with other materials, e.g. is the magnet mounted on a piece of metal, in a metal pot, or is it “free-standing”.