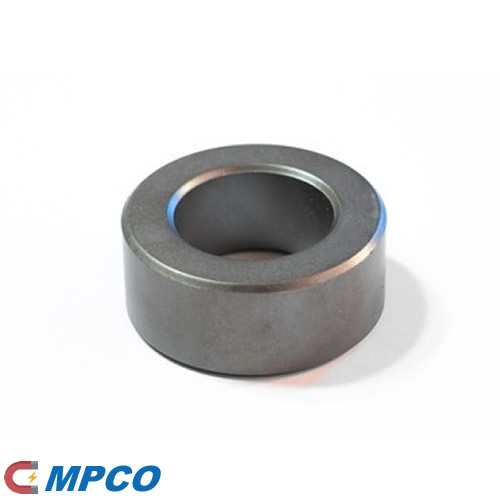 Hard magnetic material is also called permanent magnet material, its characteristic is remanence Br and coercive force Hc is bigger, surrounded by a hysteresis loop area is big, the hysteresis characteristics is significant, so the hard magnetic material on the external magnetic field, the magnetization in sparing the strong magnetic, and the residual magnetism is not easy to be eliminated, so the hard magnetic material is suitable for manufacturing permanent magnet. Permanent magnets are commonly used to obtain a stable magnetic field in various electric meters and other electrical equipment. On June 3, 1998, the “discovery” space shuttle carried by America, a chinese-american physicist Samuel ting, a professor at the permanent magnets used in the organization and leadership of the alpha magnetic spectrometer, is developed by the Chinese academy of sciences institute of electrical and other unit of rare earth materials ndfeb permanent magnets, the magnetic induction intensity up to 0. 14 t, the diameter of the permanent magnet is 1. 2 m high 0. 8 m, and the alpha magnetic spectrometer is used to detect the antimatter and dark matter in the universe, this is the first time that will be a large permanent magnets into space, to direct observation of charged particles in the universe, It is very likely to open up a completely new scientific field and bring a new scientific breakthrough. Piezomagnetic materials have strong magnetostrictive properties. The so-called magnetostrictive means that the shape and volume of ferromagnetic objects will change when the magnetic field changes, especially the length of the object in the direction of the magnetic field. When the alternating magnetic field effect on ferromagnetic objects, it with the increase of the magnetic field can be extended, or shortening, such as cobalt steel is elongation, and nickel is reduced, but the change of the length is very small, about the original long 1/100000, magnetostriction in technology has important applications, such as mechanical and electrical transducer is used for drilling, washing, also can be used as acoustic electric transducer used for detecting depth of the ocean, fish, etc.

Ferrite, also known as ferrigan oxygen, is a group of compounds. It is made by sintering iron oxide (Fe2O3) with powders of other metallic oxides (such as NiO, ZnO, MnO, etc.). The characteristics of the ferrite is not only has high permeability, and has a high resistivity, resistivity of it about between 104 ~ 1011 Ω · m, some 1014 Ω m., resistivity than metallic magnetic material (about 10-7 Ω m.) to most, so the ferrite eddy current loss is small, often used in high frequency technology. Figure (c) is the hysteresis loop of the moment ferrite. It can be seen from the figure that the hysteresis loop is approximately rectangular. In electronic computers, the rectangular loop characteristic of the moment ferrite is used as a memory element. In addition ferrite is widely used as the core of antenna and inductance in electronic technology.