According to the USGS report, in 2017, the United States did not conduct domestic extraction of rare earths, and imports from China, Estonia and other places met domestic demand.
Bastnite, a rare earth fluorocarbonite mineral, was previously mined as a main product in Mountain Pass, California and entered maintenance in the fourth quarter of 2015. 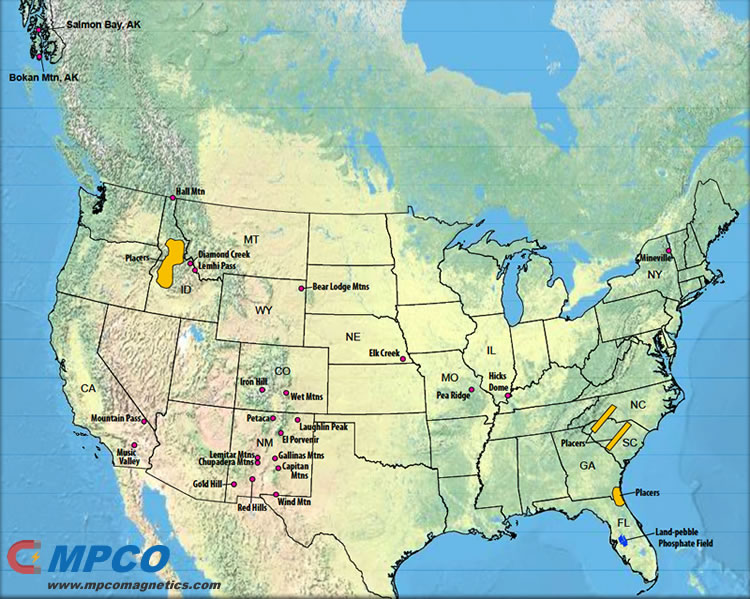