The illegal rare earth mining in China have resulted in skewed export numbers with further implications reaching to the loss of revenue, held down prices, and environmental concerns surrounding the small operations. In the face of this problem, the Chinese government has repeatedly vowed to shut down these illegal mining operations a task proving to be more difficult to achieve. However, mining and processing rare earth elements is difficult to undertake beneath the watchful eye of the Chinese government. This has raised the question of how illegal and clandestine these rare earth operations truly are.

Although official numbers are impossible to judge due to the illicit nature of the operations, Dr. Chen Zhanheng, Deputy Director of the Chinese Society of Rare Earth stated, It is estimated that there were about 30 to 40 thousand tons of rare earth products smuggled from China every year. 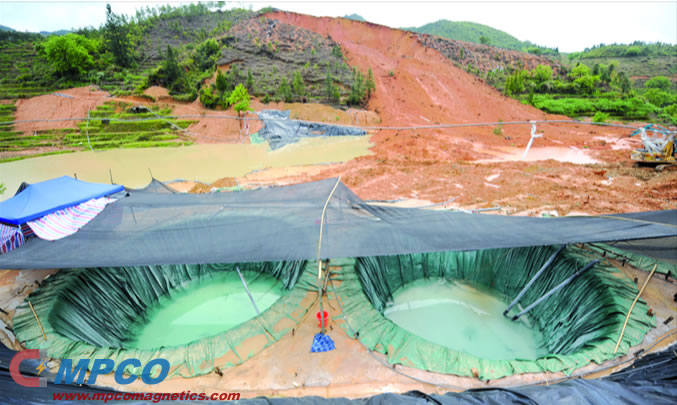 Rare Earth Investing News spoke with Christopher Ecclestone, Mining Strategist for Hallgarten and Co. about the Chinese crackdown on illegal mining operations and the effects on the rare earth market.
I don’t think they know what the numbers are, so I would not hazard a guess. None of the illegal producers are big operations, so how can anyone know how much they are producing? stated Ecclestone, adding, Unless the illegals are not as illegal as we think they are. A country that dominates the rare earth space, and has that many producers engaged in illegal activity, and doing all this in a relatively small geographical area, if the Chinese government had wanted to stop it, they could have years ago.

Due to the fact that there is no real way of knowing the exact total of illegally produced rare earth elements, according to Christopher Ecclestone, the very definition of illegal mining is something to question. Furthermore, the rare earth mining process and the complexity of processing operations, calls into question the clandestine nature of these illegal operations. It is hard to believe that these operations have been going on for years under the nose of the Chinese government.

I think the government is just changing the definition. It’s so big, and it’s been going on for so long in the open. We are talking about moving rivers, and other major earth works to accomplish the mining, and the government does not know that this is going on? I find it totally incredulous, stated Ecclestone, adding, You have to also process the material, get it to the ports, and ship the material out of the ports, I just don’t believe it was ever illegal.

When asked whether the crackdown on small scale operations could be an attempt to consolidate the rare earth industry, a stated goal of the Chinese government, Christopher Ecclestone stated, Yes, exactly. They did the same thing in the coal mining industry, where a lot of small coal mining operations were closed down. A lot of small scale mining happens in China, it’s not always individuals. It could be the local towns, or mining brigades, collectives that are engaged in mining activities.

The small scale operations that are being shut down may just be a ploy to further consolidate the rare earth space in China. The southern province of Jiangxi has only 88 licenses for rare earth mines soon to be whittled down to one mega-licensebut small producers have typically eluded Beijing’s reach, reported Leslie Hook, for the Financial Times. The change of definition from small rare earth producer to illegal miner could be just the tool to further consolidate the industry, shutdown a significant production, and further raise the price of rare earth elements.
The Chinese government has stepped up its enforcement of rare earth mining operations without an official license. What effect the crackdown will have on exports is hard to gauge. Undoubtedly, the reduced production will continue to support the high price of the material. However, the strict official export quota has far more effect on pricing than the illegal smuggling of the rare earth elements.