To understand what makes a material magnetic, you have to think small. Really small. Like atom small. Atoms are the basic building blocks that come together to form molecules, which come together for form, well, just about everything around you! 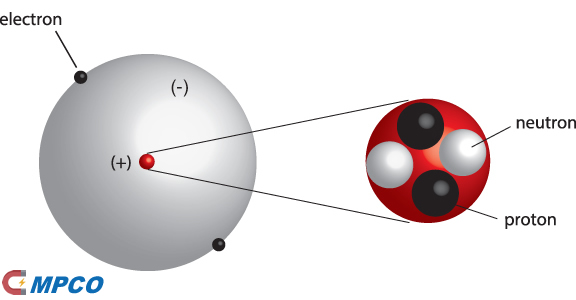 See, most of the electrons in an atom exist in pairs that spin in opposite directions, so that the magnetic effect of one electron in a pair cancels out the effect of the other one. But if an atom has some unpaired electrons, these produce net magnetic fields that can line up with one another…and turn the whole atom into a mini magnet!

So there you go. The simple answer is that it’s the way the electrons’ charges are lined up in the atoms that form certain materials that makes those materials magnetic.

But wait. How does all this translate into the magnets that Adams sells? Well, some materials have a more favorable arrangement of electrons and produce a lot of magnetism that we can use. The elements Iron, Nickel and Cobalt are the only ones that have such a beneficial arrangement at room temperature. All the popular permanent magnet materials are based on one or more of these three elements along with some additives to produce an optimum arrangement of electrons. Different additives optimize the properties for different applications. Economics and performance requirements determine which elements and additives are used to create a specific permanent magnet. Because of its low cost, Iron is the predominant element. 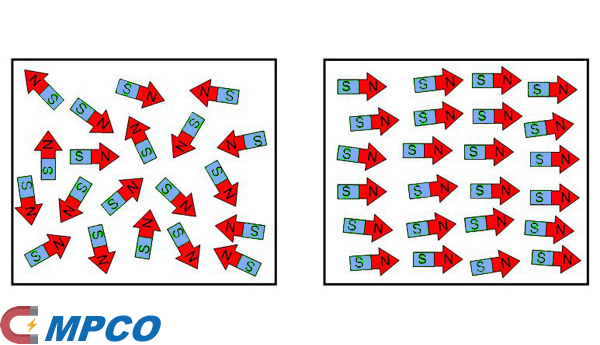 The Basics of Magnetism – magnetism image

Flexible magnets involve adding rubber particles to produce their elasticity.
Alnico magnets use Iron, Nickel, Cobalt along with Aluminum and Titanium to produce a magnet with exceptional high-temperature performance
Ceramic magnets add Oxygen and Barium/Strontium to Iron to produce a cost-effective material
Samarium Cobalt magnets add Samarium to Cobalt/Iron to produce a very strong magnet material that works well at high temperatures
Neodymium Iron Boron magnets use Neodymium, Boron and other trace elements to Iron to produce the most powerful material currently available.
If your brain is still spinning and wants to know what makes the electrons’ magnetic fields line up in the same direction and why the particles in electrons give off magnetic fields to begin with, right now you’re out of luck! Scientists haven’t gotten that far yet. If we find out, we’ll let you know!

How to keep the magnet magnetism for a long time?