Rare earth magnets, known for their high performance, are magnets made from alloys of rare earth elements. Developed initially in the 1970s and 80s, they quickly became a vital component in technology and industrial applications due to their relative affordability and unparalleled strength.

However, the name “rare earth” is somewhat misleading as most materials are often readily found in the earth’s crust. Their “rarity” comes, instead, from their uneven distribution within other elements around the world. Currently, a significant amount of the rare earth metals that make up rare earth magnets is in China. 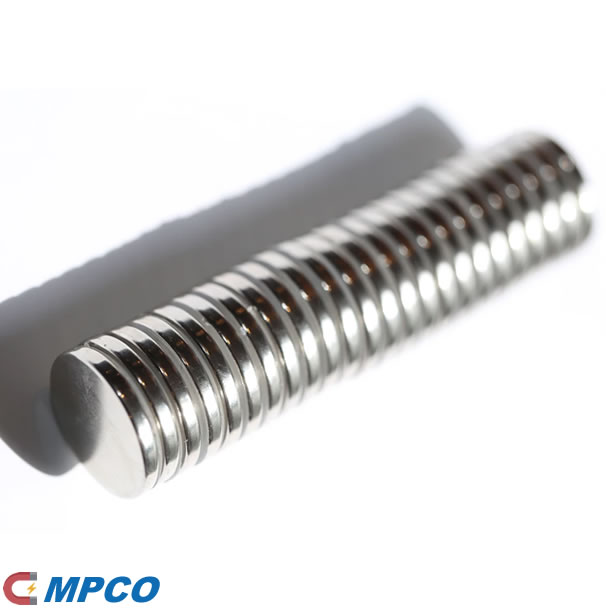 Why Are Rare Earth Magnets Valuable to Industrial Applications?
Rare earth magnets are the strongest kind of permanent magnets made. They tend to have a much stronger magnetic pull than alnico or ferrite options. Rare earth magnets typically exceed 1.4 teslas. When strength is necessary and space is somewhat limited, rare earth metals are the perfect solution as they offer impressive capabilities without the bulk.

Are Rare Earth Magnets Indestructible?
While rare earth magnets give a powerful magnetic pull, they are not indestructible. These magnets lend themselves to extreme brittleness and are vulnerable to corrosion, breakage, and chipping. For this reason, magnets are often coated or plated to protect them from damaging elements when used for industrial or technological purposes.

What Makes Rare Earth Magnets So Strong?
Two factors contribute to the recognized strength of these types of magnets. The first is the unique crystalline structures have incredibly high magnetic anisotropy (they magnetize along a specific crystal axis). The second reason these magnets are so strong is that the atoms in rare earth magnets have much less magnetic cancellation

Due to their relative strength, rare earth magnets can be manufactured at smaller sizes while maintaining the same field strength as much larger magnets.

Are There Different Types of Rare Earth Magnets?
There are two different types of rare earth magnets: Samarium-cobalt and Neodymium. Neodymium magnets are the strongest and most affordable of the two and are made of an alloy of neodymium, boron, and iron. These are the magnets most used in industrial applications and situations that require robust, compact, permanent magnets. While they are magnetically stable, they tend to have a higher Curie temperature and are more vulnerable to oxidation. Coating such magnets helps protect them.If your organization requires magnets for industrial applications, let’s talk. Our equipment is available in both Ceramic (ferrite) or rare earth (neodymium). We offer both standard and high-temperature configurations as well. Contact us to learn more.