More recently, America’s F-35 fighter jet has made headlines again. The well-known British media “Reuters” published a message, citing the US military Pentagon as saying that the lubricating oil pump of the US Honeywell engine contains samarium cobalt alloy produced in China.

This time the US military is sitting on wax and has to order a complete stop to receive new F35 stealth fighters. According to the 1973 U.S. Act, the United States prohibits the acquisition of extra heavy metals from outside the country. Since 2006, the military has banned the direct use of parts and products containing non-U.S. extra heavy metals. The purpose of this bill is to protect the local special metals and rare earth alloy industries from being affected. Especially in wartime, equip yourself with the ability to produce these metals so that you won’t be cut off by other countries.

So the United States has very strict controls on this kind of thing. 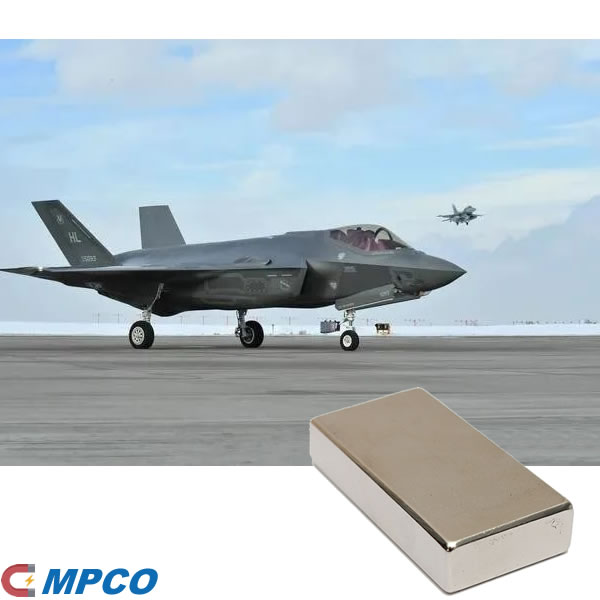 F-35 fighter use a turbine magnet from China

It’s a pity that no matter how strict the law is, it can’t match the high profits. In China, the processing of a rare earth part is only 2 US dollars, and in the United States, such a price cannot exist at all. As the saying goes, capitalists can give up everything in pursuit of profit. As long as the profit is sufficient, they are willing to sell the noose that can hang themselves, not to mention violating the law.

And this is not the first time that Honeywell has had this problem. As early as May last year, they were caught by the U.S. officials exporting F-35 fighter jets and technical drawings of parts for other weapons platforms to China. The incident was even featured in the American “Defense News” magazine.

According to the investigation, in this case of the sale of parts drawings, Honeywell did not know that the parts drawings sold by Honeywell included the F-35, as well as the B-1B “Lancer” long-range strategic bomber, F-22 fighter jet, C-130 transport aircraft, A -7H Corsair aircraft, A-10 Boar aircraft, Longbow Apache helicopters, M1A1 Abrams tanks, tactical Tomahawk missiles; F/A-18 Hornet fighter jets, As well as F135, F414, T55 and CTS800 turboshaft engines.

As for the reason for selling drawings, we now understand that it is to buy parts at a lower cost.

A spokesman for the U.S. F-35 program office said that the thermal sensor is not high-tech and does not involve U.S. military secrets. Later, after the heat of the incident passed, Honeywell moved the venue back to China.

This incident was also interpreted by Honeywell as the connivance of the United States to them, so they have played more and more in the past few years, until now it has happened. After that, Honeywell paid a $13 million fine to avoid the incident.

Hehe, $13 million. This is a drop in the bucket compared to the money they earn, and this punishment is exactly the same as confiscation.

It’s just that it’s not just their family that happened. At the beginning of this year, the British Exception PCB was also revealed to be using Chinese-made parts when manufacturing F-35 fighter parts.

The F-35 fighter jet is built jointly by the United States and its allies, but even so, the U.S. military remains cautious when choosing foreign parts supplies. For example, this Exception PCB is one of the special military parts suppliers of Siemens and General Electric in the United States. It not only has high-quality products, but also has favorable prices. It has cooperated with the United States for many years, so it must be very reliable.

Then a background check revealed that it was actually a Shenzhen company.

Don’t be in a hurry to laugh, because this company is still wholly-owned by the Chinese side.

my country’s printed circuit board output value accounts for about 52% of the world’s total. As an important electronic component, as long as it is an electronic product, this part must be used, and the most important thing is that Chinese circuit boards are cheap.

Although this matter does not involve such things as leaks, it still makes the US military as disgusting as eating flies. Fortunately, they haven’t been disgusted for a long time, and Honeywell has made even more disgusting things for them. That’s what we’re talking about today, use China’s samarium cobalt alloy to manufacture the lubrication pump, and directly deliver the production of the F35 to cancellation.

So I said, for these monopoly military enterprises, if you fine him $13 million, it is no different from confiscation. Next time they dare to do it.

After the White House learned of the news, it asked the U.S. Navy, Air Force, and Marine Corps to immediately ground F-35 fighter jets. Chinese parts are inspected and replaced. But now in a critical period of confrontation between the United States and China, the grounding of the F-35 now means that when the weapon of the nuclear-powered aircraft carrier is lost, it will cut itself a knife. The right-hand man has been dismantled. What is the US going to do against China? The White House can only consider political factors and ignore the safety of soldiers on the front lines, but the Pentagon cannot.

As a result, there is such an extraordinary spectacle:

In response to the White House’s decree, the Pentagon issued a completely opposite military order: Immediately stop all matters related to the inspection of Chinese parts on F-35 fighter jets. And also issued an exemption order, allowing these aircraft to continue to use Chinese parts, but the follow-up wait for rectification

In fact, this is the daily operation of the modern global supply chain, which is closely linked and interlocked. Even the most advanced fighter jets cannot escape this supply chain, and this is why the United States wants to de-globalization.

In recent years, the United States has been insisting on de-sinicization and de-globalization. But in the face of Chinese companies going global, this is an almost impossible task. In the end, they found that the so-called “de-Sinization” is nothing more than an agent in the middle.

Even in order to earn higher profits, some American companies are still “de-Americanization”. For example, an Israeli-controlled American company recently shut down its factories in the United States for profit, and turned to directly buy Chinese semi-finished products for sale. This kind of absurdity is why Trump has been calling for the return of American manufacturing. It’s just that in the face of huge profits and China’s huge market, American capitalists will always make the choice that makes them happy.

How to Solve the Corrosiveness of NdFeB Magnets