Basically, the Magnetic North Pole is where a compass points. This is not the northernmost point on the globe. It is a point in the Arctic that is always on the move, reacting to magnetic changes in the Earth’s core.

Every few years scientists venture into inhospitable territories to locate the pole. In 2009, it was located within the Canadian Arctic territorial claim at 84.9°N 131.0°W, and it was moving toward Russia at between 34 and 37 miles (55 and 60 km) per year. Relative to the last few hundred years, the speed of movement is increasing

This image shows where its location has been determined since 1831. 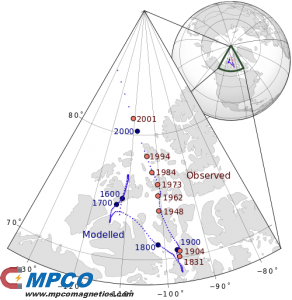 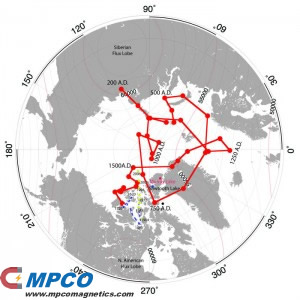 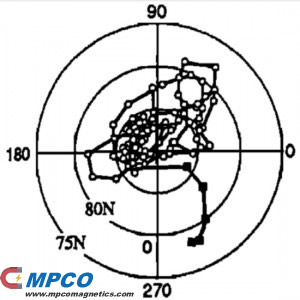 And this image, from the research of Masao Ohno and Yozo Hamano, covers 8000 BC to the present.