As we already know, magnets also play an important role in computer technology. Especially when it comes to recording data, the use of magnets is not only essential, but it is constantly developing and improving. This can be the recording of your personal data on your PC at home, just like in businesses and other industries. For example, surveillance video recording is extremely important and beneficial if a large amount of data can be stored on a hard drive with little risk of loss.

Conventional hard drives, which you can also use at home to store photos and documents, of course also work with magnets, this is called PMR technology, which means perpendicular magnetic recording. Here we are working with parallel concentric magnetic tracks. There are spaces between these tracks and there is a magnetic head above the hard drive through which the data can be recorded. So far, so good. These hard drives are limited by the width of the magnetic head, which specifies the density of the magnetic tracks, and therefore also the storage space. If we need more capacity, we should use a larger hard drive or more of them. This is where SMR technology comes in. 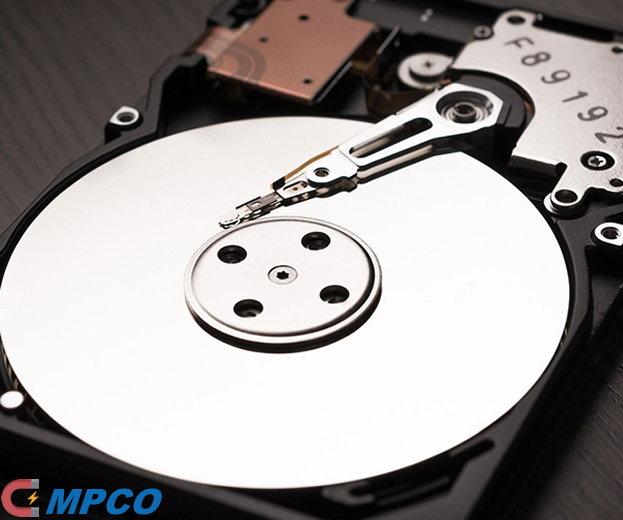 How does magnetic data storage with SMR work?
SMR, what do these three letters mean anyway? The abbreviation comes from English and means Shingled Magnetic Recording. Translated into German, this would mean “magnetic layered recording”. Shingled is therefore inspired by the logic of laying tiles, which are distributed in layers, which saves space. Very obvious, right? Regarding data recording, we can imagine that the magnetic tracks do not work side by side at intervals as described above, but rather overlap slightly. This means that a lot more data can be written to a hard drive of the same size as the data density increases.

Advantages of SMR technology
The greatest advantage of recording magnetic data with SMR technology is obvious. Much more data can be saved. Compared to a hard drive with PMR technology, the storage capacity increases by about 25%. The second advantage comes with this first point. More data can be saved, thereby improving performance, but the manufacturing costs remain relatively the same as, for example, a reorganization of the technology rather than a change in the parts used. If long recordings are to be made in one piece, as is the case with the surveillance videos mentioned above, hard drives with SMR technology are best suited.

If you have further questions on magnetic recording or if you want to know our magnetic products without obligation, you can contact our specialized staff at any time. We would be delighted to help you.