In order to conscientiously implement the national and provincial requirements for the continuous rectification of the rare earth industry, on October 9th, 2019, the Leshan Economic and Information Commis  sion and the Wutongqiao District Economic Information Commission held a meeting of the rectification of the rare earth industry in Wutongqiao District and discussed with the Leshan Shenghe Rare Earth Co., Ltd. and Sichuan Leshan Ruifeng Metallurgical Co., Ltd. The meeting emphasized that it is necessary to conscientiously implement the requirements of the nation, province, city and district for the rectification of the rare earth industry, and strictly organize production according to the rules of the directive production plan. On the basis of the previous order to suspend production and rectification, enterprises must obtain the Rare Earths Second Directive Production Plan Target of 2019 to resume production. (Leshan Economic and Information Commission)

From January to September of 2019, mainly affecting by the escalation of Sino-US trade wars and the sharp rise prices of domestic mainstream rare earth products, China’s rare earth exports were in a downward trend. After the National Day holiday of the recent spot market, good news came to Sino-US trade, and the market is in a wait-and-see state for the follow-up progress of the Myanmar border. However, the business wait-and-see attitudes are more than the buying attitudes, so the market transactions are weaker and the prices of mainstream rare earth products such as PrNd oxide, Dy oxide, Tb oxide, have dropped significantly. (Shanghai Non-ferrous Website) Magnet Rare Earth Price 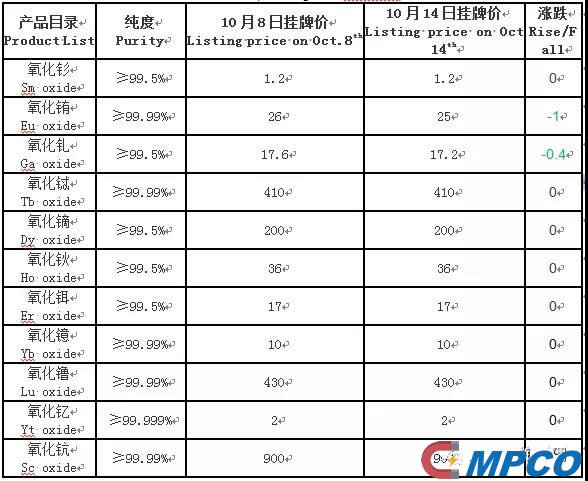 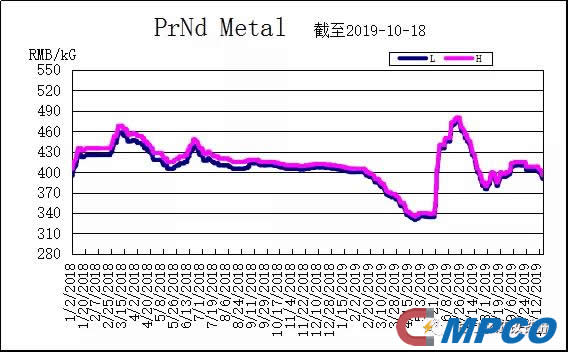 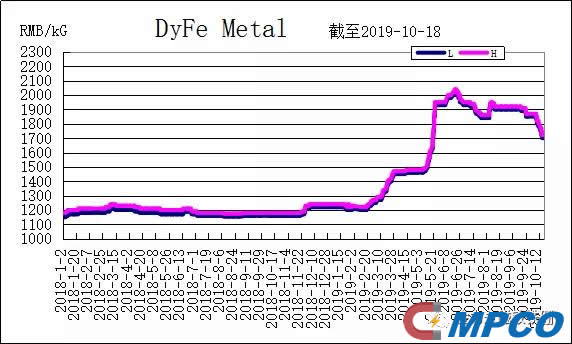 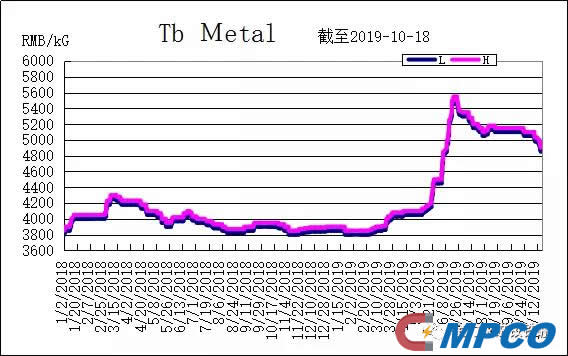