In another major breakthrough in astronomy, scientists on Monday at the United States-based Laser Interferometer Gravitational-Wave Observatory (LIGO) and the Europe-based Virgo interferometer announced the first ever detection of gravitational waves from a pair of colliding neutron stars.

The signal, which happens to be the strongest gravitational-wave signals detected so far, was detected on 17 August. This marked the first joint detection of gravitational and electromagnetic waves from the same event. The event itself, that is the colliding of the neutron stars, happened some 130 million light years away from earth. 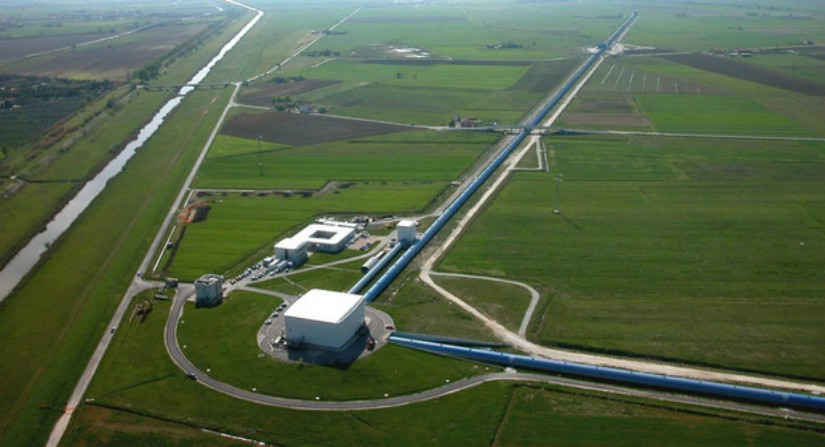 This detection comes just days after the 2017 Nobel Prize in Physics was awarded to Rainer Weiss, Barry Barish and Kip Thorne “for decisive contributions to the LIGO detector and the observation of gravitational waves”.

To know more about what the latest observation was all about and its implications, Firstpost reached out to Professor A Gopakumar from the Tata Institute of Fundamental Research, Mumbai. Gopakumar is a gravitational-wave astrophysicist and has personally worked on the LIGO-Virgo collaboration that led to the detection of these gravitational waves. Here are excerpts from the interview:

Congratulations on the discovery! It is a day to celebrate an incredible achievement of LIGO-Virgo.

Thank you; yes indeed. It is also a day to celebrate contributions of other telescopes including the Hubble Telescope and many gamma-ray observatories.

Could you break down the latest development?

Sure. We are entering a new era in observational astronomy. The event being discussed today is the most intensely observed astronomical event in the history of human civilisation.

I know that is a tall claim. I say that because this event was followed by close to 3,000 professional observers, and not just by gravitational wave scientists.

So far, we have studied the universe through electromagnetic waves and neutrinos… is that too technical?

No, I think we are still in the clear.

So now, we are able to observe our universe not just through these two means, but also through gravitational waves. We find that they can all be detected simultaneously from the same source, through different instruments.

What exactly was detected on 17 August?

This was the first ever detection of colliding neutron stars. When huge stars explode in what are called supernova explosions, what remains is an extremely dense, extremely tiny, and very stable object called a neutron star.

Let me put it this way — a neutron star is a black hole’s first cousin, except it is a physical object, unlike black holes. This is actually the 50th year of the discovery of neutron stars.

The LIGO- Virgo gravitational wave observatories observed and studied the collision of two such stars.

Not by far. One-point-two seconds after we observed this collision, gamma-ray flashes from the collision — these are powerful electromagnetic radiations — were picked up by space-borne satellites orbiting Earth. And we were able to identify that both these events were the same.

So, there were two separate detections of the same event?

Yes, but the story doesn’t end here either. After the gamma-ray detection, many optical telescopes on the ground looked at the stretch of the sky where the collision occurred. Within 10 hours, they saw an optical counterpart to this event, meaning they even detected photons from the event. In other words, they actually “saw” the event.

This is very exciting because this optical observation confirms many theoretical predictions. We only had theories regarding what gamma-ray bursts, as they are called, are made up of, but now it is confirmed that indeed colliding neutron stars produce gamma-ray bursts.

What do these optical detections tell us?

The optical signals received fade away very swiftly and in a certain specific way. This was also confirmed by the Hubble Space Telescope. Now, this fading of the signal is consistent with the fact that there was gold produced during the event which had a mass that is 10,000 times the mass of Earth.

Gold! As in regular gold?

Yes, quite like the gold we use every day. Like gold coins. This is radioactive gold. Now we have evidence that elements like gold and platinum are formed in the universe only because of events such as this.

Ah… it’s for the universe! Sadly, we can’t go and collect it, that gold is not for us. Also, this collision of the neutron stars occurred a whopping 130 million light-years away.

Is this observation likely to tell us something more about the universe?

Oh yes! It is known that our universe is expanding at a constant rate. This expansion is often called the Hubble expansion. The job of the Hubble Telescope when it went up was to essentially measure distances to nearby galaxies. By doing this, we can calculate how rapidly these galaxies are moving away from us.

It is also known that the speed with which the galaxies are moving away from one another is directly related to the distance of the galaxy from us. Now, measuring distances to nearby galaxies is very problematic and we use something called a ‘cosmic distance ladder’, which unfortunately is a technical term.

So, this makes these observations groundbreaking in more ways than one.

Absolutely! We demonstrated that neutron star collisions give away short and intense gamma-ray bursts, and we can eventually use that to estimate the age of the universe.

We also showed that gold and other such heavy elements are created during violent, rapid processes like the merger of neutron stars.

We tested and found that electromagnetic radiation and gravitational waves both propagate with the velocity of light, which was a major prediction by Albert Einstein.

If we move on to the observatories now, this announcement comes barely days after the Nobel Prize in Physics was awarded for the detection of gravitational waves at LIGO and Virgo. This must be quite a time for gravitational wave astronomers. 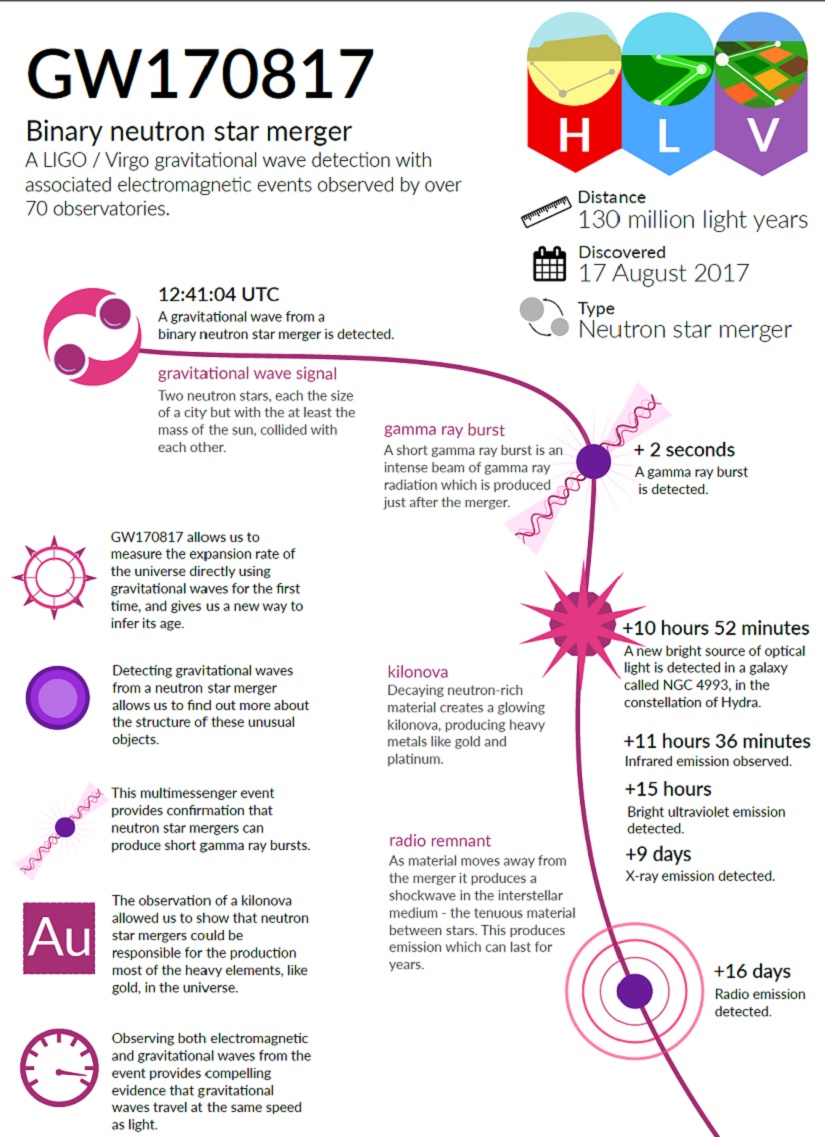 LIGO and Virgo, right after their inception, have been involved in multiple fundamental discoveries already. What does it say about these facilities?

This is consistent with the efforts and policies of the National Science Foundation and its European counterpart. They are funding high-risk, high-gain scientific projects which are pushing existing technologies to their extreme limits.

This is very important because these fundamental discoveries will soon have implications in daily life.

Forty scientists, including yourself, from 13 Indian institutions took part in this project. How significant was India’s role in this endeavour?

Professor Bala Iyer and Sanjeev Dhurandhar were the pioneers in this field. Their calculations and methods have been coded into the infrastructure of the gravitational wave detectors.

We have also contributed to the implementation, testing and interpretation of gravitational wave signals, and there were others working in data analysis aspects and so on.

Also, data from Indian satellites and telescopes helped bring out the overall result.