The largest and most important part of a magnetic resonance imaging system is the magnet. The unit that marks the grade of this magnet is called Tesla. Another common unit of measurement applied to magnets is Gauss (1 Tesla = 10000 Gauss). At present, the magnets used in MRI are in the range of 0.2 Tesla to 0.75 Tesla, and a Tesla is 10000 Gauss. Kyodo news agency, July 1 (Kyodo, Ibaraki Prefecture, Tsukuba City, Japan) announced the development of a nuclear magnetic resonance imaging system, with the magnetic field strength reaching the world’s highest level of 24 Tesla.

According to the experience of Xiaobian engaged in magnet industry, it is basically judged that the magnet is strong magnetic NdFeB. A thumb sized neodymium iron, with a relatively poor performance grade (material), about 5000gs, adsorbed on the metal surface, almost can not be broken off. What’s more, the magnet size of MRI is slightly larger, and there is not more than one magnet in the instrument. (when two magnets are attached together, the magnetic forces are superimposed.). 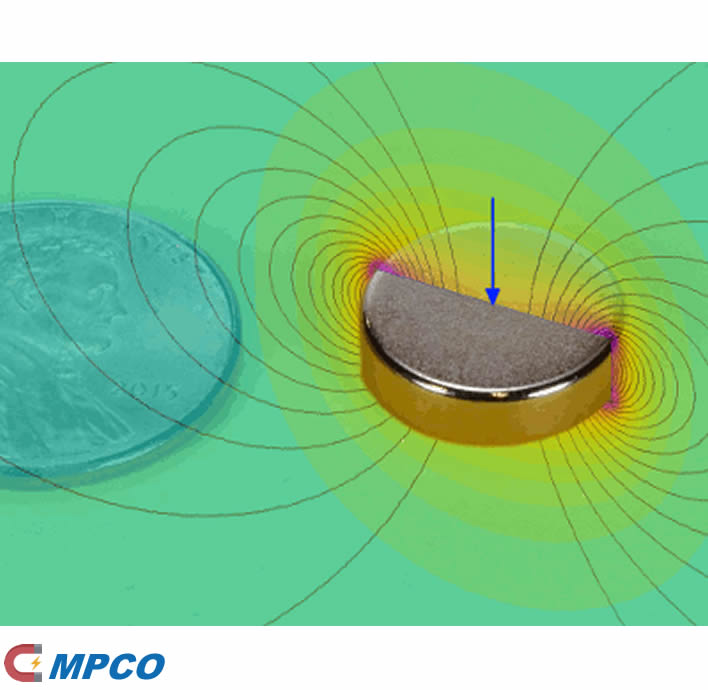 Because the magnetic force of the magnet is very strong, if the preventive measures are not strictly observed, the metal object may become a dangerous projectile and fly out. For example, paper clips, pens, keys, scissors, hemostatic forceps, stethoscope and any other small items may suddenly be pulled out of the pocket. Can you imagine that if the hands and feet are nailed on steel plates, they will be pulled out because of the strong magnetic force? Then the metal gets a high acceleration when it leaves the body and flies to the opening of the magnetic field (where the patient is), which will pose a threat to the safety of all people in the room.

The magnetic force acting on an object increases exponentially with the proximity of the object to the magnet. Suppose you hold a pipe wrench and stand 4.6 meters away from the magnet. At this point, you may feel a slight tension (depending on the size and material of the magnet). A few steps closer, the tension will increase a lot. When you go within 1 meter of the magnet, the wrench is likely to break free from your hands. In addition, the larger the metal mass, the more dangerous it can be – because it is much more attractive to magnets. Mops, vacuum cleaners, drip trays, oxygen bottles, stretchers for carrying patients, heart monitors and countless other things have been sucked into the magnetic field of an MRI. Small items can usually be pulled off the magnet by hand. Large objects may have to be towed away by the winch, or even need to turn off the magnetic field. It can be said that if the metal objects are brought into the NMR, the indoor environment is likely to become a battlefield!

A Neodymium (Nd-Fe-B) magnet is a common rare earth magnet composed of neodymium (Nd), iron (Fe), boron (B), and transition metals. They have superior performance in applications because of their strong magnetic field, which is 1.4 teslas (T), a unit of magnetic induction or flux density.

Neodymium magnets are categorized by how they are manufactured, which is sintered or bonded. They have become the most widely used of magnets since their development in 1984.