Powerful Magnets in Children’s Toys – Parents and child caregivers should be aware that unexplained vomiting, abdominal pain, and fever can sometimes be caused by ingestion of small, high powered magnets. Canadian pediatricians discuss this issue at length in an early 2018 issue of the Canadian Medical Association Journal. 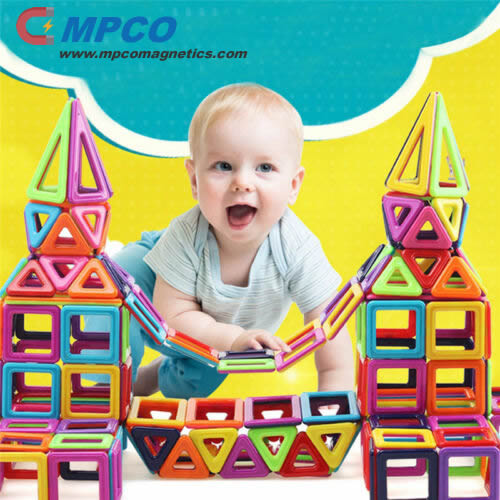 Accidental ingestion of a single magnet doesn’t typically cause health problems – single magnets are eventually eliminated by the natural contractile waves of the walls of the gastrointestinal tract.

The danger is in swallowing more than one magnet, especially at different times, as these high-powered magnets can attract each other through the overlapping loops of the GI tract; once stuck together, these connections can lead to necrosis (tissue death) and even perforations, paving the way for internal bleeding and infection.

Small, high powered magnets are banned for use in children’s toys and jewelry in New Zealand and Australia. But they’re still around in products already on the market and in other consumer items that utilize rare-earth magnets. And they continue to be used in products that are sold in all other major countries.

The Public Health Agency of Canada reports that between 1993 and 2007, there were 328 cases of children who were admitted to emergency rooms because of magnet-related illnesses – more than half of these cases involved swallowing of magnets.

The United States Consumer Product Safety Commission (CPSC) reports that ingestion of magnets from magnet sets led to 1,700 visits to the hospital from 2009-2011. The majority of the patients were children. Some required surgery to remove the magnets. A few had permanent damage to the digestive tract. To date, one child has died.

Even though adult magnet sets carry warning labels, a growing number of children are being severely injured after swallowing these magnets. For this reason, magnet sets have been pulled from the market.

Swallowing magnets is a serious, life-threatening matter. Prevention is key. Children often do not report what they did. Signs and symptoms of swallowing magnets can often be mistaken for a viral illness. They may include nausea, vomiting, abdominal pain and fever.

Please consider encouraging family and friends who have children to be keenly aware of this health hazard.