Fan Motor Ferrite Magnet is a motor with a fan hub and blades. The slots are evenly distributed along the outer circumference of the fan hub. The blades are inserted into the slots. The blades and the fan hub are integrated by permanent connection methods such as welding and bonding . 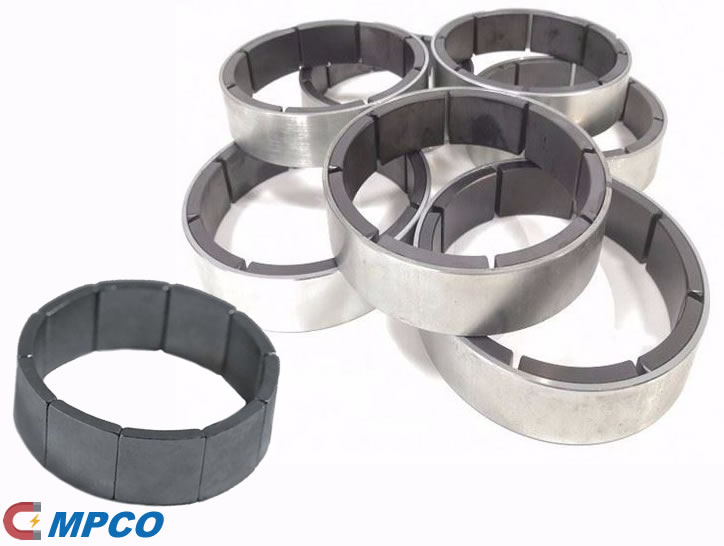 The motor fan has high reliability, but it is still a mechanical device. When it is used for a long time, its speed may decrease or even stop, so it is best to monitor the running state of the fan in real time to facilitate timely detection of problems. The alarm sensor can give an alarm signal when the fan speed is lower than a certain threshold, and the speed signal output can realize real-time monitoring of the fan speed. The alarm signal output from the fan circuit has two states of “high level” and “low level”. The meaning of the two levels is generally in accordance with the positive logic system, high level means “fault”, “low level” Means “normal”. The speed signal output from the fan circuit is usually in the form of pulses, and each wave head indicates that the fan has rotated one revolution. Such a signal can be directly provided to the host computer for display through the data bus. The speed signal output by some fans is not the actual speed of the fan, but a multiple of the speed. For example, 2, 4 or 6 pulses are generated per revolution, and it must be processed to form the true speed signal of the fan. To distinguish whether the fan speed is a real speed or a multiple, you can use a tachometer to measure the actual speed and then compare it with the displayed data. The fan’s speed measurement signal is generally output from the three-lead plug. Among the three leads, yellow and black are + 12V power and ground, respectively. The other color line is the speed signal output line. It should be noted that the third lead of some three-lead fans is not a speed measurement signal output line, but a speed control signal line through which a speed control signal is input to the fan motor.